Living Wightman has received statements of support from many individuals and organisations, both national and local, for filtering Wightman Road - our aim to put people first, not cars, resonates far wider than our few streets!

Sustrans: “It is fantastic that the local community is campaigning for the road filtering!! It really fills me with joy. Even more so as we have worked very closely with the community in Haringey over the years. We would be delighted to support in any way we can.” from German Dector-Vega, London Director, Sustrans

London Cycling Campaign: “Accepting ever more vehicles squeezed onto every possible road is what is causing congestion, pollution and inactivity crises. We urge Haringey Council to be bold, brave and move forward schemes that tackle motor traffic dominance, remove unnecessary through traffic and give residential streets back to the community. We want a future where kids can play out, neighbours can chat and more people can walk and cycle safely. Removing through traffic from Wightman Road, alongside approaches to controlling motor traffic volumes and speeds across the area, so other roads don’t just become the new Wightman, and enabling far more people to walk and cycle, should be a priority for Haringey Council. Not taking serious action, and failing to act on lethal pollution and inactivity, would be terrible.” from Simon Munk, LCC Head of Infrastructure Campaigns

Living Streets: “Living Streets and the London Living Streets Group support Living Wightman in its campaign to reclaim Wightman Road for people. This narrow residential road is unsuitable for the large volume of traffic using it, currently over 114,000 vehicles per week. This is generating killer levels of pollution, with children most at risk. Nitrogen Dioxide is above EU legal limits. Worse still, given the high proportion of deprived households on Wightman Road, some of the poorest children in Haringey are paying the price for the convenience of motorists from other areas who were using Wightman Road as a rat run. A way must be found to end the status of Wightman Road as a through route and restrict access only to local traffic.” from Jeremy Leach, Chair of London Living Streets

Friends of the Earth “Tottenham & Wood Green Friends of the Earth supports Living Wightman. Evidence shows that restricting road use to motor vehicles reduces overall traffic levels and so has multiple benefits. This includes reducing carbon emissions and air pollution, and encouraging cycling and walking with all the health and social benefits that they bring. We encourage Haringey Council and TfL to be bolder in their measures to cut traffic and create low-traffic area.” from Quentin Given, Co-ordinator FoE Tottenham & Wood Green

Enfield Cycling Campaign: “We've been watching Wightman Road developments from over here with great interest and we fully support your aims! It's exciting to see your strong campaign to reclaim Wightman and surrounding streets for people” from Clare Rogers, ECC Co-ordinator

Needless to say, the local borough group of the London Cycling Campaign has also been providing some hands-on help in getting the message out to the cyclists making thousands of journeys every week in our area, and published this excellent article one their website. Thanks especially to Grant & Selena!

Waltham Forest Cycling Campaign: "We at Waltham Forest Cycle Campaign would like to write in support of the Living Wightman campaign to improve traffic conditions in the Green Lanes area and on Wightman Road/the "Harringay Ladder". The Harringay Ladder is made up of many residential streets. These streets should be "living streets" where kids can play out, where neighbours can chat etc. but unfortunately in these streets the car is still king and other forms of transport have been sidelined. Living Wightman are campaigning to have a filtered road layout for Wightman Road and the Ladder “rung” roads. This will help to return the local area to residential streets and not “rat runs”. The streets will be safer, calmer and cleaner and a more healthy and pleasant place to live. They will also encourage more cycling and walking and improve air quality. Waltham Forest Cycle Campaign fully supports the Living Wightman campaign to bring improvements to this congested area of North London." From David Hamilton, WFCC Co-ordinator

We have also had statements of support from the elected members of the GLA's London Assembly, both of whom sit on the Transport Committee so are responsible for examining the Mayor's and Transport for London (TfL) activities and strategies for the city's transport: 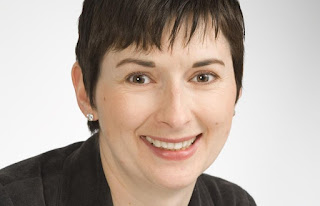 "I am persuaded that filtering could be achieved on Wightman Road at a reasonable cost, yet make a huge difference to thousands of residents in Harringay ward.
Sensible measures to tackle rat running by motorists and van drivers would make the road far more attractive for cyclists and pedestrians, help reduce air pollution and make the area far more attractive and safer for everyone.
Filtering puts people before cars and deserves to be taken forward." 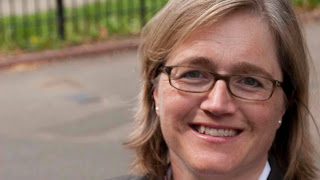 Caroline Russell, Deputy Chair of the Environment Committee and also a member of the Transport Committee, said:
"I completely support your campaign and agree with you that a one way system would be awful as it increases traffic speeds and community severance.
Very happy to come and visit after the election. Very best wishes and good luck!" 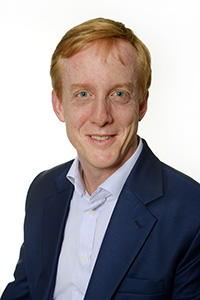 Local headteacher Ian Scotchbrook of South Harringay School had direct experience of filtering during the bridgeworks in 2016 and sent us this statement:

"Our school community experienced many tangible benefits during the period of the Wightman Road bridge works last year. There was a distinct reduction in noise and air pollution, and an all-round calmer feel to our everyday lives travelling to and from school. Perhaps my greatest joy as a Headteacher was seeing so many of our children playing and riding bikes with confidence after school, getting much needed exercise and taking advantage of the opportunity to feel less inhibited by constant traffic. It gave our area a greater sense of community. I feel the introduction of a traffic filtering system would lead to happier, healthier children at South Harringay School."